Auschwitz was the largest nazi german concentration camp and a death camp. In the years 1940-1945, the nazis deported at least 1,3 million people to Auschwitz.
1,1 million of these people died in Auschwitz. Approximately 90% of the victims were jews. The SS murdered the majority of them in the gas chambers.

“We must be listened to: above and beyond our personal experience, we have collectively witnessed a fundamental unexpected event, fundamental precisely because unexpected, not foreseen by anyone. It happened, therefore it can happen again: this is the core of what we have to say. It can happen, and it can happen everywhere.” 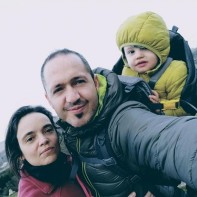